Black lives matter: 'the blackmoors' in the history of art 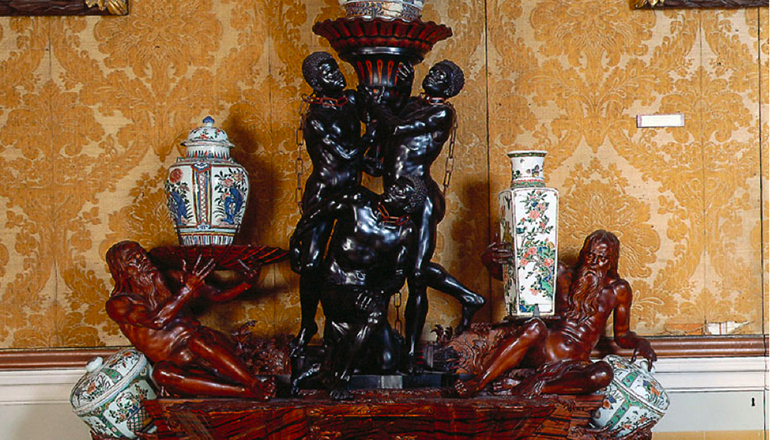 Black lives matter: 'the blackmoors' in the history of art

The history of the blackmoors has its roots in the Medieval period and starts from the tradition of jewelry. The style appears in Venice, a rich maritime republic that knew and created the word of Blackomoors to define the Arab and Muslim populations and in particular the Saracen pirates, who with their raids, raided the coasts of Dalmatia, under the control of the Venetian republic. The Saracen invasion lasted for much of the Middle Ages with the Ottoman invasions in Greece, which went as far as the Italian coast. The Venetian population was accustomed to wearing jewels such as earrings, pendants, with blackmoors, as if they were amulets and often donated them to churches as ex-votos. These amulets did not serve to exorcise the Turkish invasions and raids, but were a "status symbol" to emphasize the submission of the Saracens to the Venetian republic. So in some cases they are portrayed as elegant gondoliers dressed in colored feathers and long turbans, as well as precious clothes with oriental and exotic fabrics. With the increase of the power of the Republic of Venice, the theme of the blackmoors widened to other uses such as sculpture, painting, monuments, and objects such as inkwells, watches, bronzes. The theme of the Moretti becomes fashionable in Venetian palaces; from naked slaves carved in the consoles of Cà Rezzonico, to beautiful servants dressed in golden and polychrome clothes holding arms and Murano chandeliers; the dark becomes a status of wealth, opulence, power; at the end of the 17th century and throughout the eighteenth century the culture and fashion of the exotic included the representation of the theme of the blackmoors. Palaces and churches had the blackmoors as caryatids to support portals and balconies or to decorate entrances; sculpted blackmoors couples were often a "welcome" at the entrance to the buildings. Andrea Brustolon and his workshop brought the theme of the Moors to the highest artistic levels; their sculptures, often in ebony, depicted the theme of the blackmoors with incredible quality; from naked slaves chained to beautiful lamps depicting elegant African men dressed in gold and polychrome fabrics holding Murano glass candlesticks; the dark theme becomes the main decoration for the ballrooms and salons of the Venetian palaces. In Cà Rezzonico you can still admire those masterpieces. The theme of the dark continues in the nineteenth century, but loses that "status symbol" exclusivity of the rich Venetian aristocracy to become a piece of furniture for many European houses. The sculpture becomes more serial and the decoration of the sculptures becomes exaggeratedly rich, but poorer in materials (more cheap woods and decorations). Blackmoors often become a souvenir for foreigners who visit Venice and purchase objects for purely decorative purposes; this type of production lasts until the twentieth century, with the advent of the real estate industry and becomes fashionable until the 1950s all over the world, but will lose that fantastic quality of the eighteenth century. 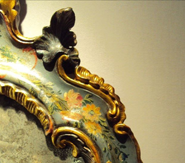 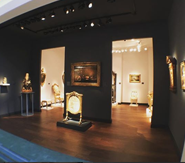 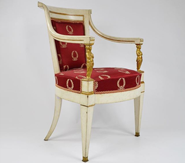 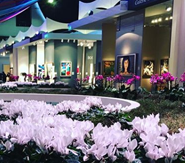 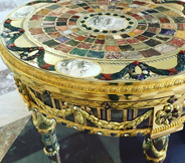 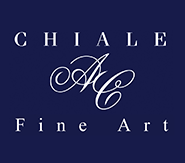 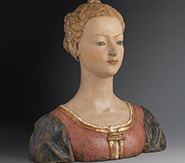